Musing of an Engine Maniac 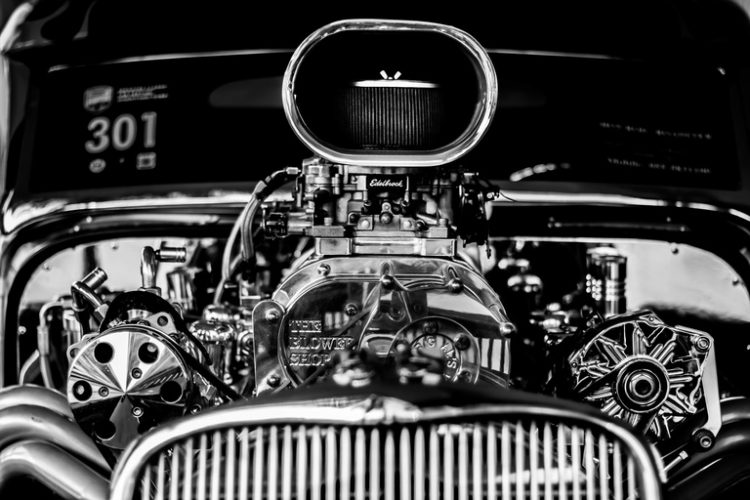 It’s tough being an automobile manufacturer. Buyers want so much. And why not? Cars just keep getting better and better. You can never get too used to a good thing now; can you? We want good performance, great mileage and also refinement from the engine. All that with great looks, nice ride and good handling. But let’s just stay with the engine for this story.

Let’s face it, the motor is and will always remain the most exciting part of an automobile and we do want the best under the hood. So, why do I say it’s tough for the manufacturer when some of them are raking in the moolah with their best-sellers and award winners? The mantra to charm the buyer is good performance, frugal consumption and refinement. But these three vitals don’t go hand in hand. Add to these the all-important emission conformation and it becomes a real challenge. Sure you know the part that high engine output figures also mean a not so attractive fuel bill. I can never forget the explanation my Father got when he thoughtfully asked, “Why does your big engine make so little power?” “For mileage, Sir” came the laconic reply from the frowning dealership sales guy. Well that remains true to quite an extent even today. So it’s not surprising that we get to hear about the spate of new small but mighty turbocharged engines which while boasting of low CO2 figures can also still pack a good punch. For better all-round vehicle performance and to complement this changing engine technology, drivetrain engineering is developing equally fast. One of the first changes in that department that is sweeping, rather already swept, the Market is the use of transverse mounted powertrains. Besides the obvious advantage of the front-powered configuration over the rear-powered one, the manufacturers also gain by retaining the same motor as the previous rear-powered products. Reduced drivetrain components mean less friction and less weight to lug around. This has a direct bearing on fuel consumption. It is a good move considering most ‘SUV’ owners will be using their Rides in the city and highways.

In order to truly bring out an engine’s full potential, it has to be governed as optimally as possible. As fuel injection systems evolved over the past half century culminating into electronic controlled versions, engines were able to make more torque and became more environment friendly. While Direct-Injection was not as common as it became in diesels, we now also see gasoline engines employing the same technology. We see similar developments in Forced Induction Technology while the engine continues to evolve. The advent of the modern turbocharger with its various forms combined with the fuel injection systems of today give the internal combustion engine muscle and enough appeal to last for some more time. That’s a subject for another day.

Today almost every diesel is mated to a Common Rail Fuel Injection System. Remember those sales pitches by eager car showroom guys when this system was just introduced in our market? “Sir, the pressure is so high, the jet could go right through you”. The phrase – common rail indicates a high-pressure reservoir which serves as a common supplier of fuel through dedicated high pressure line to the Solenoid or Piezoelectric Injector to each cylinder. A high pressure pump, run by the engine, pumps pressurized fuel to the reservoir. While fuel pressure still depends on engine rotational speed it certainly is much higher than the older generation of fuel systems. A 1600 bar rating of a Common Rail System denotes its peak rail pressure achieved above a certain engine speed. I guess the lethal high pressure that the sales guy so eagerly mentioned would have to wait a little while till the engine revved up. Just kidding. While the maximum fuel pressure is not available right away, it is more than sufficient to help atomize the fuel being injected into the combustion chamber. As the revolutions rise, so does the fuel pressure. At high engine speeds where there is little time for the fuel to atomize and mix with the turbocharged air, a high pressure system is beneficial, more so on an engine with a wide power-band stretching to higher engine speeds.

Now almost ubiquitous, the Common Rail System, besides having the complete independence of advancing or retarding injection and varying the fuel quantity (older mechanical systems had limitations and far lower fuel Pressures), has the capability of splitting the injection. Instead of the Engine Electronic Control Unit (ECU) directing injections in the cylinder at one go, it splits the fuel into portions. And this is where the refinement part comes in. The first smaller or ‘Pilot’ part of the injection quantity has the effect of gently starting up the combustion instead of a sudden and rapid buildup of combustion pressure. This brings down the typical loud diesel clatter to a muted note. Split it twice into small quantities before injecting the main portion, and we have even more gradual buildup of pressure within the combustion chamber. Sounds simple? It is not. Like what Uncle Ben told Peter Parker, we say, ‘with more split-ups comes more responsibility’, because emissions and fuel consumption are directly affected. While these fuel injection systems offer great capability, to use them optimally for a particular engine requires careful and precise calibration for emissions, meeting performance targets for torque & peak horsepower, best possible fuel consumption and while doing all of those, also make the engine sound good. This calibration process calls for long hours and careful tuning first on the Engine Dynamometer and then on the vehicle. Over the years, though emission calibration was never a piece of cake, the dilemma for engine calibration teams throughout the Industry started with the addition of all these simultaneous requirements. There are plenty of challenges within emission calibration itself. The tail-pipe gases are tested for a number of Emission Components. One of them- NOx or Nitrogen Oxides- moves against the others. In other words, if the system is configured to try and achieve the specified target set by the Emission Legislation for NOx, the remaining Components do not stay at their optimum levels. So, in order to achieve the set target for all the Components of Emission, and by a safe margin, the Engine & Vehicle Calibration Team has to configure the engine software for a ‘contained’ trade-off. Good performance figures need high fuel injection quantity. More fuel to deal with in the combustion chamber means hard work for meeting the Emission Legislation. A smooth combustion note in between all that means a very nifty job with the calibration. Throw in a low consumption target, now we have a party. Not quite, not for the manufacturer. But I think you get the picture.

Auto enthusiasts would have observed certain cars to be noisier. This is most likely because preference was given to reduce fuel consumption and improve the emission target margin over refinement. Yawn!? Ok, here is the cool part. Throttle response will usually be better for such vehicles. Perhaps you may relate this to the much loved Innova and the Figo. Some automobile makers take advantage of their superior Noise-Vibration-Harshness (NVH) package to reduce the engine’s combustion clatter from entering the cabin and trade-off the higher engine clatter for getting better emission and fuel consumption figures. Does a certain German manufacturer come to mind? This strategy is internal to each manufacturer in line with the kind of perception they want for their product. Driveability is generally better in vehicles which have a typical loud clatter and not the refined ‘pitter-patter’. However, this has no relation to full-throttle figures. Maximum torque and peak power zones in the engine-band use different Combustion Calibration strategy because they do not fall in the emission-zone and are optimized for best engine output. The Chassis Dynamometer Emission Test Cycle was designed by the Emission Legislative Body for simulating a realistic mix of urban and highway driving in which full-throttle torque and horse-power zone are not included. Thank God for that.

So my fellow petrolhead, the next time you assess a car from the perspective of engine parameters and find it not up to your expectation in a certain aspect, do not be hasty to condemn the car. Perhaps that very aspect may have been a trade-off for a much bigger gain in another parameter. The overall performance may be what you always wanted.